While most of us have difficulty remembering where we left our car keys, this artist uses memory in ways we would never have imagined. His ability to recall objects and draw them, exclusively using memory as his only aid, is astounding. The size and attention to detail of his many works has made this man a truly gifted architectural landscape artist. Imagine for a moment the actual scope and dimension of his work. One of Stephen Wiltshire’s works is a nineteen foot drawing of 305 square miles of New York City viewed from above. He had only a short twenty minute helicopter ride prior to commencing the drawing process and, of course, his incredible memory to use as a reference.

Stephen was born in 1974 in the city of London, England, to West Indian parents. During the early years of his childhood, Stephen was mute. He was diagnosed at three years of age as being autistic. Autism affects the development of the brain resulting in an individual with communication issues, delayed social interaction and an inclination to repeat specific patterns of behaviour. Typically, people who suffer from autism have low activity levels and few interests. You can learn more about the extraordinary condition by reading Integrative Psychotherapeutic Approaches to Autism Spectrum by David Moat.

Discovering an interest in drawing and learning to speak

At five years of age, Stephen was enrolled in the Queensmill School in London where he was observed by teachers as having an amazing fortitude for drawing. While the child continued not to speak he soon developed an uncanny ability to communicate through his art. Teachers were able to teach Stephen to speak by intermittently removing art supplies encouraging him to respond to their actions. Stephen responded initially with incomprehensible sounds but finally called out the word “paper” to his teachers in a tone that most likely bordered more on annoyance than anything else. By the age of nine Stephen was able to speak fully.

Wiltshire gains attention and his talent continues to develop

While attending Queensmill School Stephen’s drawings were usually of animals or cars but an interest in London architecture soon developed. Due to the encouragement of his teachers Stephen began submitting his works in art competitions and immediately aroused the skepticism of the press. The media were simply dumbfounded that a young boy of seven could create such intricately detailed drawings. The proof was in the pudding so to speak and Stephen Wiltshire soon became a regular subject for the British Press. At age seven Stephen sold his first work of art. By the age of eight, Prime Minister Edward Heath had already commissioned Stephen to draw the Salisbury Cathedral.

What has followed since those early years is a continued interest and mastery of architectural illustrations. There was the “London Alphabet”, a series of London buildings drawn in alphabetical order, beginning with Albert Hall, a concert theatre and ending with the London Zoo. This work was done at the ripe old age of ten. Stephen’s work continued to focus on buildings and the cities that housed them. As a teenager Wiltshire met famed literary agent Margaret Hewson. The two instantly became friends and Hewson spent a good majority of her career heralding Stephen’s works in books. Hewson also played a pivotal role in Wiltshire’s life by ensuring that all funds garnered from his art be placed in trust. If you would like to watch a very interesting documentary on Stephen her over here.

Stephen’s exhibitions have included panoramic views of some of the world’s largest cities all drawn from memory and with viewings lasting no more than twenty minutes. The cities include Tokyo, Rome, Sydney and, of course, New York. Wiltshire possesses the uncanny ability of drawing information from parts of the brain most of us seldom visit. This alone makes this man a remarkable artist.

In 2006, Stephen Wiltshire was made a Member of the Order of the British Empire by Queen Elizabeth II. The award was in recognition of his contributions to the art world.

If you enjoyed this article about the amazing artist Stephen Wiltshire, please share this story as Stephen is truly one of the most inspiring artists I have ever come across.

Professional oil painting artist from Melbourne, Australia who specialises in landscapes, still life and abstract paintings. I enjoy sharing my art, experiences and knowledge with the online art community :)

This site uses Akismet to reduce spam. Learn how your comment data is processed. 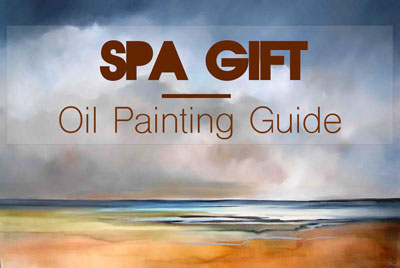 Thanks for visiting, here's a GIFT just for you!

If you are an artist or collecter and want to learn more about the painting process behind my artworks download this guide. Everything below is Included in My FREE Art Guide

- Oil painting guide, start to finish
- What techniques and tools I personally use
- How to improve your creativity and painting style

You have Successfully Subscribed!